Menu
Home / Blog / Gate inspection - how to help yourself. 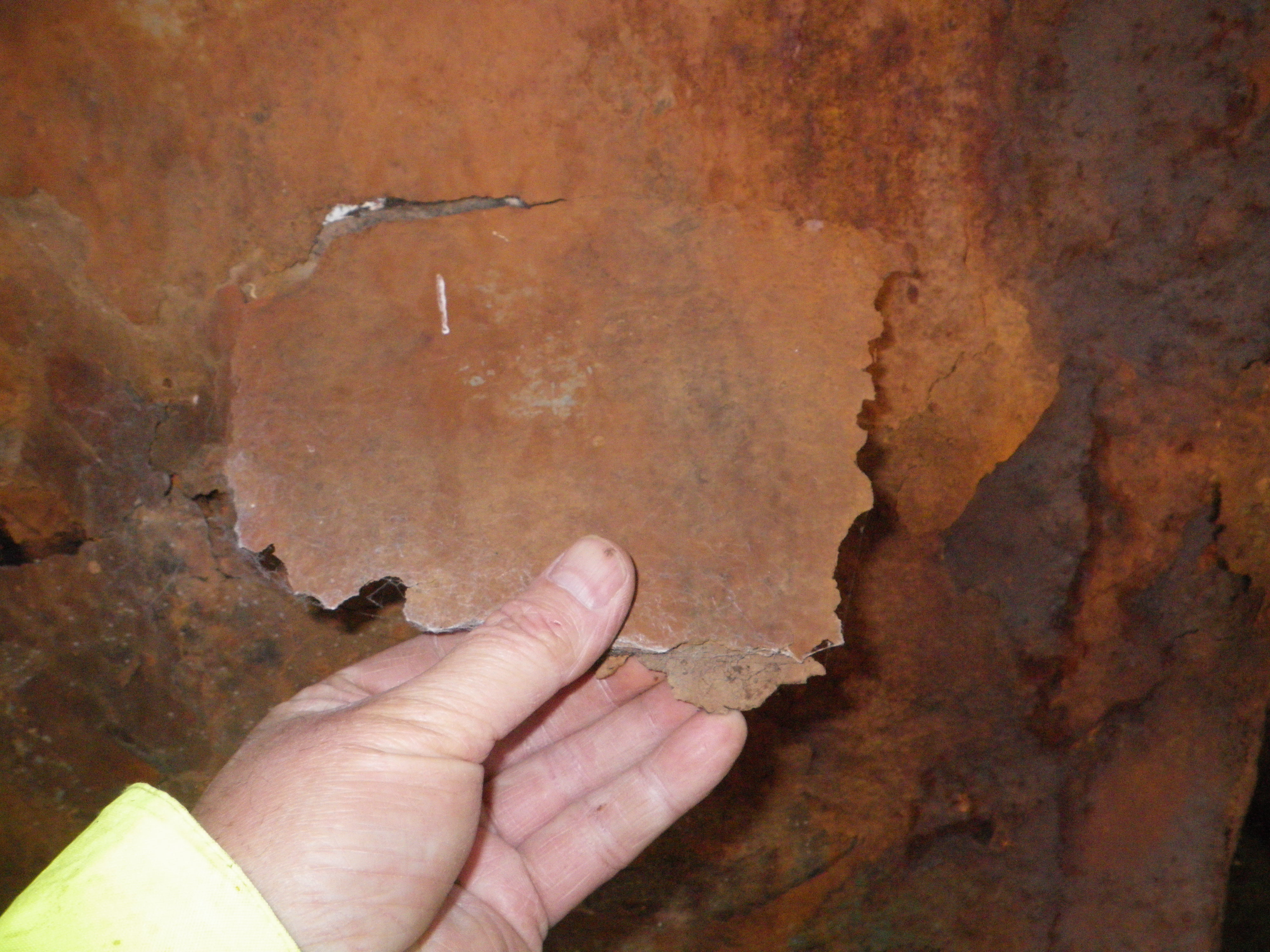 Gate inspection - how to help yourself.

No substitute for experience and judgement

Gate Inspection – how to help yourself.

Gate inspection can be undertaken at a variety of levels and by a variety of people with a variety of skill sets. We can all stand on the cope level, look in and, like a row of old boys looking on at a vintage car, pass judgements: from a knowledgeable sucking in through the teeth to a more constructive ‘looks nice’, ‘bit low on the springs though’.

As with a gate. One of 1980 vintage which I recently helped to survey; we looked at a few photographs, stood at the cope level and peered in to a rusty giant of nearly a generation ago and proclaimed that it needed a better look.

Scaffolding installed, ultrasonic depth gauge in one hand and big hammer and wire brush in the other, off we went. It should be noted that with any gate of significant proportions even the most expertly constructed scaffold will not afford access to every nook and cranny of a gates structure. In this particular example the gate was 18m+ in width, over 7m in height and weighed in at over 60 tonnes. With the best will in the world not every corroded corner could be tested and only Spiderman could have gone where no ultrasonic tester either went or has gone before.

With the readings from the ultrasonic depth gauge in hand a bigger picture of the level of corrosion could now be built up and, unlike the steel that rolled off the mill in the 80s which was of a thickness within a tolerance band, mother nature - and over 30 years of corrosion - meant the structure no longer followed a regular and even thickness reduction. Design standards usually quote a design thickness allowance of 1mm for the life of a structure immersed in water.

Bearing in mind that a thirty something year old hydraulic steel structure may have gone through multiple owners and maintenance regimes. They may have also been used in a different manner to that for which they were designed; gates designed to be moved regularly may now stand static and gates designed to be operated perhaps twice a year now do so each week. All these factors and nature’s unpredictability serve to challenge the 1mm notion.

In short, after inspection a picture begins to emerge that is far from consistent across the structure and where a gate was once strong enough with adequate safety margins in operation and design the corroded picture now begins to raise questions.

We must also be wary of imposing modern higher standards on an older gate made to more open structural margins of safety. It doesn’t mean it will fall down, it just means it doesn’t meet modern standards.

With all this in mind a level of judgement must be used and a considered approach to the results of any finite element analysis (FEA) must be taken.

The comparative approach is one that will reveal more than a definitive point analysis. Perform an FEA on the original build design and with the ‘corroded’ 3D model built up through judgement and erring on the worst case a second FEA and comparison of the results should reveal the effect of the last thirty years of rusting.

Ultimately it comes down to the application of experience and judgement of what to apply and where and how to interpret the results. However there are always a few key points:

In short the more information up front the more that is saved in unnecessary investigations and more accurate will the final conclusions be.

You can find out more about KGAL’s approach to asset inspection and our FEA services.