Menu
Home / News & Events / News / News Archive / Are these the largest radial gates in the world? Watch the video.

Are these the largest radial gates in the world?

Each weighing 500 tonnes they are thought of be the largest of their type in the world. Designed by KGAL engineers in Wakefield, the installation progress was overseen by Regional Managing Director Dave Griffiths on a visit to Laos. Two of the gates feature additional flap gates to finely control water levels and release any debris.

The video shows Whessoe's on-site manufacturing and the installation of some of the KGAL-designed gates midway through the project (Q1 2016).

The spillway gates are complemented by four low level outlet gates; each of which has a 12m span, is 16m deep and weighs 365 tonnes. All the gates comply with the latest ICOLD seismic loading recommendations.

The Xayaburi HEPP is one of the largest hydromechanical projects in the world. In addition to the spillway and low level gates it features three pairs of navigational lock mitre gates, 23 power intake wheel gates and seven pump station flap gates.

With fish pass gates, stoplogs, trashracks, floating bollards and other facilities there are over 100 hydraulic steel structures designed by KGAL. 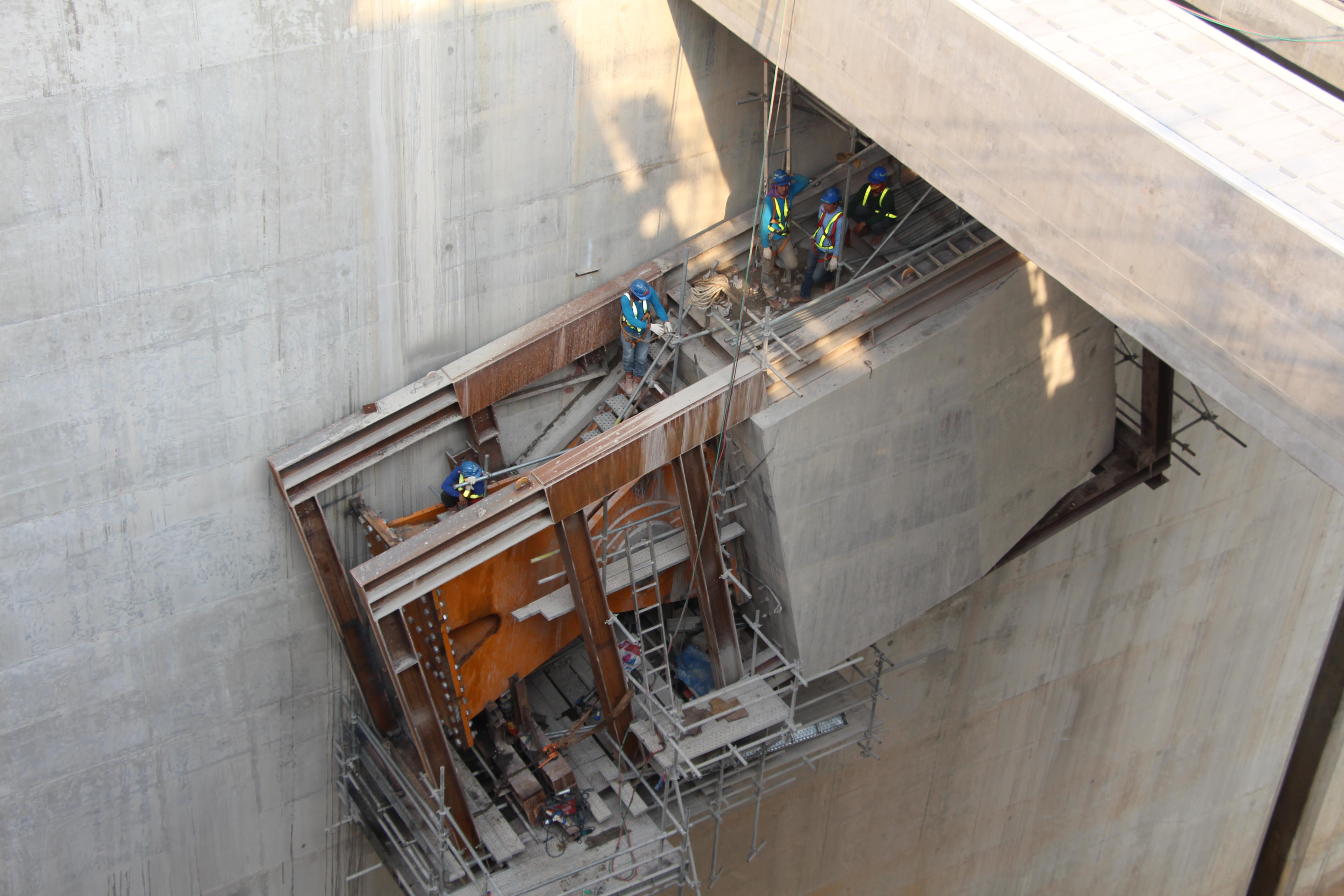 The pictures show (from top) one of the seven radial spillway gates with flap gate during installation; the stoplog assembly and one of 22 radial gate trunnions.